OK, so the podcast plan didn’t quite work out. But we’ll never forget that one, glorious episode. Still, we’re going to keep making picks, break down the biggest game of the week and find a “celebrity” (and we use that term VERY loosely) guest each week. So, without further ado, let’s get to Week 2.

Jared, your boys looked like crap in Week 1. What happened?

SHANKER: At least they didn’t lose to a team without a coach (looking at you, Texas). But it’s hard to place the blame on that PSU performance anywhere but the administration for tempting fates and hosting App State on the 11th anniversary of the Michigan upset. People forget App State is undefeated against Big Ten squads in Sept. 1 home openers (this is not fact-checked)

But really, I’m not surprised at what happened as I do think PSU takes a small step back, and App State is generally among the better G5 schools. It’s an interesting year for James Franklin because the talk I’ve had with coaches previously is Franklin is an ace recruiter and motivator and a great coach in his own right, but he’s not the elite Xs and Os guy. Which is fine in college when you have great assistants, but then how much does losing Joe Moorehead hurt?

HALE: So Jared, who do you think Penn State’s offense misses more: Barkley or Moorhead?

And Andrea, you’re going with Pitt. What has you picking the upset?

SHAKER: On Saturday: Barkley. He was one of five or so non-QBs last year who single handily changed games. As the year goes on, however, it’s Moorhead, because they’ll have some talent deficits vs. opponents.

2. OK maybe the Nittany Lions were overlooking App State a little, but everybody on the Penn State side has made it clear they view Pitt as “just another game and “not a rival.” Sure, Jan.

3. Kenny Pickett is going to have a great game.

4. The Pitt D is much improved.

5. I was at the game in 2016, one of the best I have covered, and playing in Pittsburgh was a huge home-field advantage. I have never seen the tailgate lots at Heinz Field the way they were that day, and I anticipate more of the same Saturday. 6. Pat Narduzzi wants this game badly. And he does have this penchant for beating elite ranked teams so …

HALE: Dang it, I hate to agree with Andrea, but I think I do. For Penn State, this is a big game before the really big games. For Pitt, this is THE game. And even last year, in a Penn State blowout, it was a game more about Pitt’s failures than the Nittany Lions’ success. And I’m just not sold that Penn State has a clear offensive identity at this point. So upset it is. 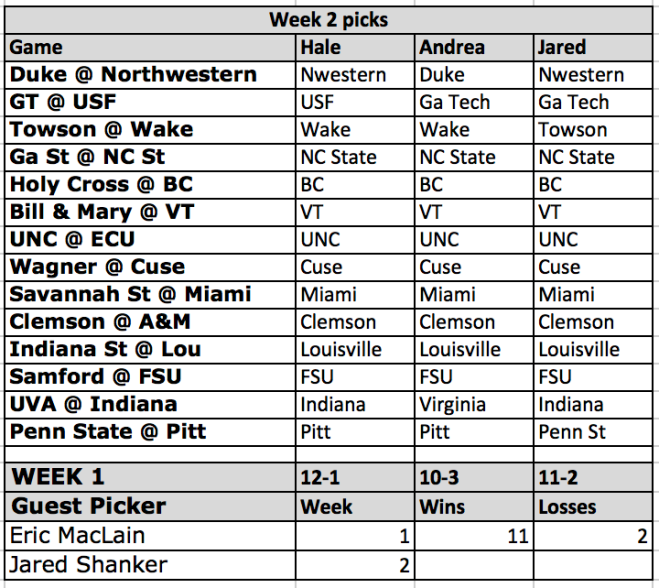