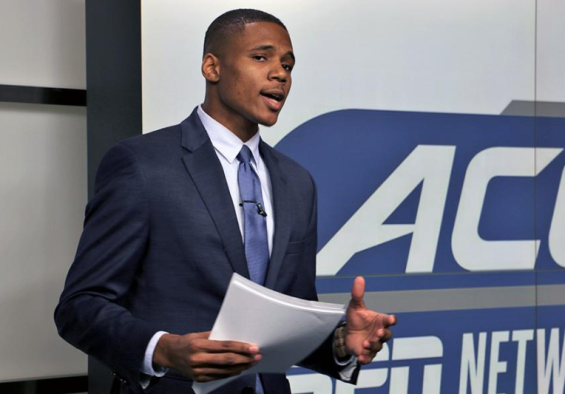 This week’s guest picker is the always insightful Julian Whigham, a former Syracuse defensive back who now provides analysis for the Syracuse IMG network and ESPN Syracuse radio. If you’re not already following Julian on Twitter, we highly recommend. He’s genuinely one of the best Xs and Os follows out there.

Q. What do you make of the Syracuse defense? The end of last year was a train wreck, but they’ve certainly played better so far in 2018.

A. The reason we saw the breakdown last season, I felt like, was the unit faced better quarterbacks — Lamar Jackson, John Wolford – who picked out the zone gaps inside the coverages and were able to exploit that. I don’t think teams earlier in the season did that. Against Clemson, they managed to knock out Kelly Bryant, and they faced a backup who couldn’t make plays. After that, they faced good quarterbacks and things fell apart. This season, there’s an emphasis in the secondary on tighter coverages. That’s not necessarily man coverage, but maybe a man emphasis type of coverage, if they get past a certain depth, you start to buy your guy and not play off so far. I think that’s played better for this defense, especially with improved defensive line play. They’ve done a great job of pressure from the front and tighter coverages.

Q. Dino talks all the time about tempo, and it feels like this year, the offense has full command of how to use it. Is that what you’ve seen?

A. You could see in the last game with Eric Dungey telling Coach, ‘Let’s ramp it up, let’s go, let’s go.’ You can see the guys, Coach Babers talked about there would be a year or two to click and everyone would just get it. Last season, the injuries midyear pushed back that process. Now we’re seeing it, Game 3, 4 and going into Clemson, that click that Coach Babers talked about, where guys just get it. There’s definitely a progression.

Q. A Syracuse optimist might say that the win last year shows the Orange can win this game. The pessimist probably says that it ensures Syracuse has Clemson’s full attention now. How do you think last year’s game impacts Saturday’s performance?

A. That defense Clemson has, that front four, I don’t know how this offensive line for Syracuse will handle them. They’ve improved, certainly, from last year to this year. They seem to understand their responsibilities that much more. But I don’t know how they’ll respond to that defense. Last year, Coach Babers had a very good game plan for Clemson’s secondary. They play a lot of man and will let their corners and free safety roam with a guy over the top, and they were using a lot of motions and bunch formations to really open up their guys. You saw the long pass plays to Erv Phillips and such. I don’t know if that’ll be there this year. I think Clemson will be much more sound defensively against what Syracuse wants to do.

And then with Trevor Lawrence, I’m not sure what he can do. He hasn’t been hit yet. He’s been sacked once. And this defense is playing really well right now for Syracuse. The front four has been playing really well the past few weeks. So you never know what happens once Trevor Lawrence starts getting hit. At first I thought Clemson was the clear-cut favorite, but I think Syracuse has a chance to really make this a close one in the same manner that Texas A&M did.

Q. What do you think a win Saturday does for Syracuse’s program in the bigger picture?

A. For me, and I think for this program, it would complete the 180 degree cultural change they’ve tried to put in place here. It’d signify a complete overhaul of what they want this place to be. Eric Dungey talks about not wanting to be considered a basketball school anymore. If they were to win this Saturday, I think Syracuse puts themselves on the map. Beating Florida State, it was a brand name program, but to beat Clemson two years in a row, to have a 5-0 start, to be back into the top 25 — it would make this a team with credibility that’s a real player in the ACC. It’s an opportunity for a program changing win. This could change the tide of Syracuse football for a very long time.

Q. OK, your pick for the game?

A. I can’t be the homer this year. I have to go with Clemson at home. They have too many weapons. But even if they’re 4-1 after this game and keep it as close as Texas A&M did, I think they have a shot at 10 wins. They don’t need this one, but a nice showing would do them a lot of good.